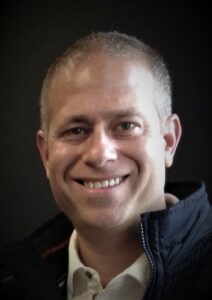 Joshua Nielsen-Mayer is a distinguished mortgage broker based in Denver, Colorado. For nearly fifteen years, he has helped his clients achieve their dreams of owning their own homes through his honest and empathetic approach to mortgage origination. He currently is the owner of Five Star Financial LLC.

Nielsen-Mayer began his career in the retail industry selling knives for his father’s cutlery business when he was a boy. After fifteen years in retail he knew that his career needed a change. As he tells it, he knew the best way to serve people is not through “the customer is always right” philosophy embodied in retail, but rather to tell them the honest truth as he sees it.

Working in retail you’re always telling a customer what they want to hear. You’re always listening to their complaints, telling them they are right, and catering to them regardless of how obscene they are. I realized I needed to shift my mindset. I know there’s a reality to things and then there are opinions. That pushed me towards being more forward with how I felt and wanting to bring up the things that are hard to talk about. 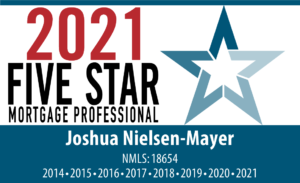 Nielsen-Mayer saw an opportunity in the mortgage industry, an industry he notes is often seen as being fraught with fraud and furtiveness. In 2002, he started his first job in the industry as a loan originator with Heartland Home Finance. The career move paid off almost immediately. Within sixty days he became the second best loan originator in a company of over 400.

His success at Heartland continued over the course of his seven years there, culminating in becoming the Regional Vice President. He then moved on to First Mortgage Corporation where he served as the company’s Loan Production Manager.

Nielsen-Mayer attributes his success to hard work and his honest, empathetic approach that he says allows him to build long-term fulfilling relationships with his clients, something that sets him apart from other loan originators in his industry.

If you’ve ever tried to get a mortgage, you go online and get many quotes from different banks, but most people tell them things that aren’t true. That’s why the industry has gotten such a bad reputation. I think my success has to do with being honest and genuine and telling my clients how it is, not just what they want to hear. I have the customer’s best interest at heart. I’m passionate about making sure they are making decisions based on the right information and being educated on what information is the most accurate in order to make that decision.

But Nielsen-Mayer success goes beyond his expert knowledge of the market and his forthrightness. What makes him a true leader in his field is his willingness to fight for the most favorable loans for his clients.

As a leader in his industry, Nielsen-Mayer understands how to get the best value for his clients. He notes that people can save the most money by choosing a fifteen-year fixed rate mortgage.

I feel very strongly that people pay too much for their houses. The fact that the interest rate is higher or lower is nothing compared to the fact that they’re paying interest on their house for thirty years. You buy a house for $350,000 and you can wind up paying over $700,000.

Americans are too focused on their 401ks and IRAs. More than their retirement funds, the first priority people should have is to opt for a fifteen-year fixed mortgage and stop managing their debt around what your mortgage payment is on a thirty year fix. Because everyone is held hostage to their mortgage payments. And that cycle is never going to end until people start paying off their mortgages. I know that’s the right thing to do, and I know in fifteen years they’ll look back and realize it was the best decision they ever made.

This client focused approach has served Nielsen-Meyer well, earning him recognition as part of the top 5% of mortgage brokers nationwide. After serving as the branch manager of People’s Home Equity’s Denver division, he recently opened his own mortgage company Five Star Financial LLC in order to better serve his clients. With nearly a decade-and-a-half in the mortgage industry, Nielsen-Meyer is poised for continued success in the years to come.

Joshua Nielsen-Mayer has been a mortgage broker since 2002. He currently is the owner of Five Star Financial LLC​​ in Denver, Colorado. Previously he served as a Branch Manager with People’s Home Equity, the Regional Vice President for Heartland Home Finance, and as a Loan Production Manager with First Mortgage Corporation.

Nielsen-Mayer has been named a Five Star Mortgage Professional two years in a row and has been ranked in the top 5% of mortgage brokers nationwide.